About Artist and Dancer Sherry Barrett

Sherry spent many happy hours in childhood painting and dancing. Her skills continued to develop as she earned a B.A. in Visual Communications from Calvin University where most of her artistic expression came out in photography and graphic design. A car accident and two knee surgeries seemed to end Sherry's ability to dance but years later she has worked her way back onto the dance floor abandoning tap and swing dancing for line dancing. She began to flourish as a line dancer in California when she danced regularly with her soul line dancing buddies in Pasadena, CA and became a certified line dance instructor through the NTA. In 2019 a dance she choreographed with her husband came in third place at the Vegas Dance Explosion.
Real progress as an artist began when Sherry's family moved to Oxford, England in 2006.  After exploring the rich art tradition in Europe, and studying with a variety of artists in Oxford, Sherry started producing numerous works in pencil, acrylic, water color, oil, oil pastel and mixed media resulting in an exhibit as part of Oxford Art Weeks in 2011. While in England she also created paintings for the St. Nicholas Church of England and pieces for use in research at Oxford University.  2011 brought Sherry's family back to the United States where she continued to produce art in her studio in Altadena, CA. In 2018 Sherry's piece #MeToo-Hope in Release was exhibited as part of ArtPrize 10 in Grand Rapids, MI.

​During the pandemic of 2020, Sherry and her husband relocated to Knoxville, Tennessee where she continues to produce art and practice dance.  The portrayal of abstract concepts in realistic images are areas of exploration in Sherry's art and sometimes when she gets a song stuck in her head she just has to choreograph it out of there. Sherry enjoys unleashing artistic potential in adults, leading devotional art workshops for church retreats, creating prayer rooms, and teaching line dancing, soap making  and sewing. 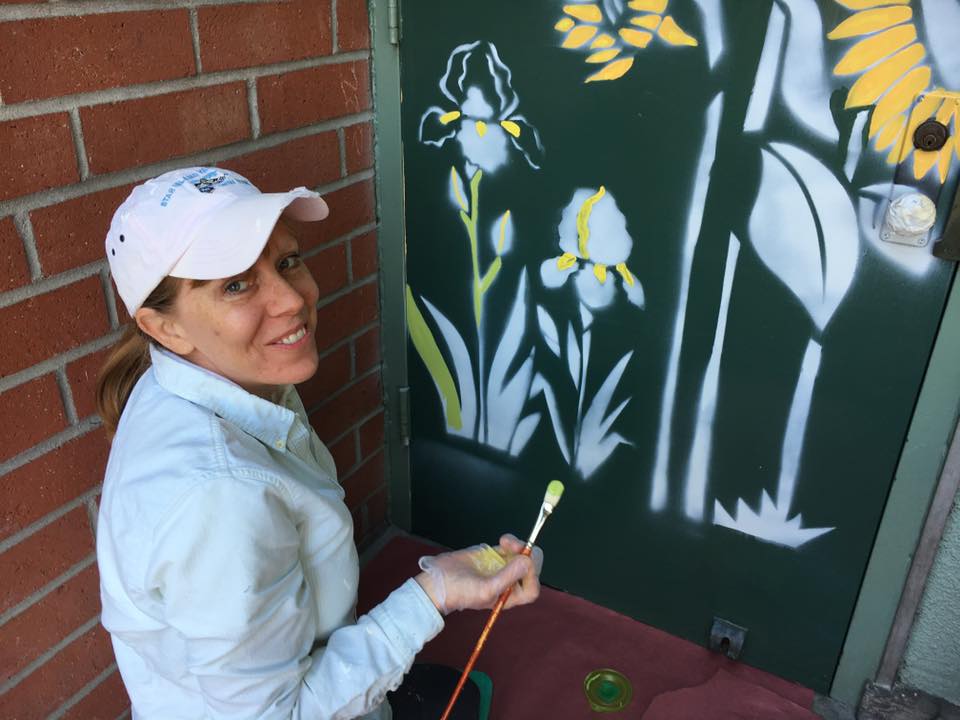